Health Benefits Of A Cup Of Caffeine 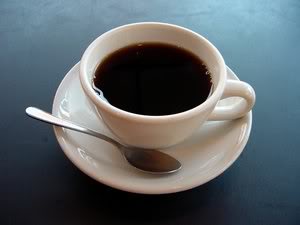 I was a bit drowsy this morning in the office. So I quickly went to the pantry and took a cup of coffee from the vending machine. No coins are needed for this vending machine, thank you very much 🙂

After a few sips, I felt much better and started to think what does Wikipedia says about Caffeine. It is an interesting article really. Few things that I noted: