About So Called Singapore Flu

Today I received a call from my father. He worried about a pandemic called Singapore Flu, a disease that I have no idea about. My first thought was SARS pandemic strike Singapore again, and I totally missed it. Shoot, I must watch Channel News Asia more and less lurking in Facebook :D. So I told him I am okay and getting better (I am still recovering from flu :)). And I also promise him to find out more about this ‘Singapore Flu’.

My first step was googling about it, hoping that Google’s Web Crawler has indexed any of the news regarding this disease. Google returned a number of results, most of it regarding past flu outbreaks in Singapore. Scrolling down further, I found news about the ban of poultry from Kentucky by Agri-Food & Veterinary Authority of Singapore– still not related to what my father worried about.

Near the bottom of the page, I found out these news about the so-called “Singapore Flu“: 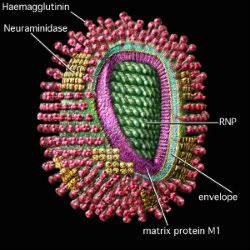 Apparently all the buzz came from Indonesian media 🙂 No surprise there. A surprise would be the media here applies Singapore brand to a disease :). Anyway, the disease itself is actually known as Hand, Foot and Mouth Disease (HFMD). At least this is good news to my parents as there is no pandemic outbreaks here in Singapore. But now I am curious to know why this disease is known as ‘Singapore Flu’.

Anyway, I found out about this Singaporean (I assume) which mentioned that Singapore Flu is killing him. But from the way he described the symptoms, I think he’s referring to the actual flu, not HFMD.

Okay, I still don’t know why HFMD is called Singapore Flu in Indonesia. My wildest theory would be long long time a go, there is no HFMD in Indonesia. Then an Indonesian contracted with the virus during his/her visit to Singapore. Upon his/her return to Indonesia, he/she spreads the disease. I totally have no proof for this 😀

Perhaps you know why?

Hi, I'm Hardono. I am working as a Software Developer. I am working mostly in Windows, dealing with .NET, conversing in C#. But I know a bit of Linux, mainly because I need to keep this blog operational. I've been working in Logistics/Transport industry for more than 9 years.