One Serius Disease That Affect Your Blogging Habit

Before you imagining any physical disease that affect your body, I am actually talking about a mental-disease disease that will make your blog posting frequency reduced, then reduced more, and finally became non-existent. Of course you can argue that breaking both of your arms will make blogging out of the equation. But in case you did broke both your arms, I just hope for your quick recovery. If I may suggest, your experience during your recovery should become a valuable experience that can be shared with your future blog readers.

The disease that I want to talk is the disease of fear. Fearing that everybody already know what you are going to write. Occasionally, I did experience the same thing. This fear did prevent me writing what I have in mind.

There was a time when I was in the mood of writing about something. Then I researched about the subject through Google. The sheer amounts of article written about the subject immediately discouraged me. “Why should I waste my time. There are so many similar articles in the Net. I fear that my article will become one of those junks found in the Internet”.

Until eZineArticles send me this article. It really helped me to battle the fear and start writing.

Now every time I have this kind of fear, I just tell to myself that as long as I put my best effort, well researched it, and being personal, whatever I write will have a unique touch.

So if you occasionally infected by this disease, read the the article above. Hopefully it will help you like it helped me.

Internet Explorer is ‘The Blue Pill’, Firefox is ‘The Red Pill’

Of course. I am talking about those pills offered by Morpheus to Neo in ‘The Matrix‘ movie. Isn’t a huge coincidence that Internet Explorer is ‘Blue’ and Firefox is ‘Red’?

Now, before you telling me ‘Dude, what the heck are you talking about?’. Imagine that we as Web Developers/Programmers become Neo. Then imagine that Natural laws such as gravity, electricity and magnetism are the W3C definition for HTML, CSS and XHTML.

So throw away your ‘Blue Pill’ and take the ‘Red Pill’. As I said, you might suffer a little bit, but you will see the real world. =)

PS: This post was inspired by my inability to see the tooltips in my WP-Translate images. Apparently I’ve been consuming the Blue Pill without realizing it. >.< Reference:
Firefox, ALT Tags, and Tooltips 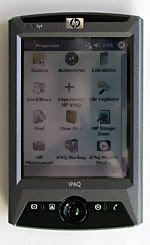 One thing that always accompany me is my PDA. It’s an Ipaq RX3715 PDA. It has been accompanied me for 1 year plus. I bought the PDA from other person for $350 through HardwareZone.com. So far it has served me well. Hopefully it will continue to do so.

One of the recent activities that I take interest on is reading classic literatures. I found out that this habit is the best way to kill time when I commute using MRT from my home to my workplace in the morning. At least this way I can keep the reading habit alive and make the commuting time efficient. It also prevent me from wasting the time when I queueing for something. So yes, it is a life-saver :).

I used to read those e-books in Microsoft Reader Format (I’ve read those classics such as Captain Blood, The Call of the Wild, Treasure Island, A Study in Scarlet, Great Expectations, The Prince, The Secret Garden in this format). When I recently rediscover the Project Gutenberg, I was really excited with the number of e-book collections available for download.

The best way to read the e-books from project Gutenberg is to install Vade-Mecum, a plucker document reader for Pocket PC.

So far I have downloaded all Mark Twain‘s books. And currently immersed with Tom Sawyer’s adventures.