A Sad Moment in Education World 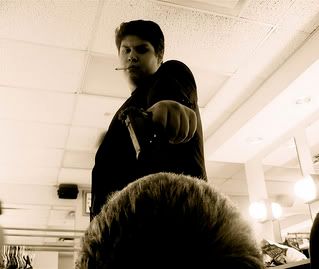 It is indeed a sad moment for us. An Education institution where pupils learn from their masters has been tainted with blood. In United States, we have another school rampage that resulted 31 people dead and dozens injured. Meanwhile in Indonesia, a government-sponsored School caused a furore by covering up a student’s death.

United States with its gun ownership law is not foreign to school shooting. The Columbine incident, the more recent shooting at Amish elementary school and the latest shooting at Virginia Tech. Hopefully US will introduce a better gun-law to protect its citizens.

Meanwhile in Indonesia, many bloggers are expressing their anger and emotion with the latest killing from Institute of Public Administration(IPDN). The government-sponsored school has been known for its semi-military education style, and its students who are killed by their classmates/seniors. An online petition to close down the school has been created.

US Federal/State Government should put a metal detector in every school in United States. They could change the budget, instead of allocating so much money for Iraq, the money could be used to fortify every school in US. If the shootings are moved from schools to malls, the malls should also be fortified with metal detectors. If the same thing happened to the beaches, the beaches should also be fortified with metal detectors. Hmm.. shouldn’t they do a simpler approach by making the public access to firearms difficult/near to impossible?

STPDN should be closed and rent the building to other school such as UI/Binus/IPB, this way we won’t waste the investments that government has made in IPDN. And I believe the Indonesian government should hire more professionals with management education background. This way, we will have a government with a better management qualities, and with more resistance to corruption.

And lastly, my thoughts and prayers are for families of the victims. I pray for your strength and your well-being, bracing through this remorseful moment. For the rest of us, I hope we could do something to make this world a better place to life.

List of management school in the region (replacements for IPDN?):

The online petition to close down IPDN:

Reading on School Shootings in US: