So Hady Mirza is the First Asian Idol 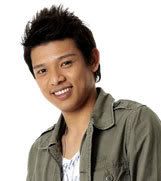 I know this is not ‘news’ anymore, its soooo yesterday …. 😀 But I still have the itch to write why is it Hady Mirza won the first (considering this unexpected result, the last ? :P) Asian Idol. An itch must be scratched, and this is my scratches.

I watched the final showdown of Asian Idol at home accompanied by most of my flatmates. As expected, most of us were rooting to Mike Mohede (the Indonesian Idol). A minority (one person :P) was rooting for Vietnam’s Phuong Vy (sexyness was very likely was the most driving factor :D). But all of us was wow-ed by Malaysia’s Jaclyn Victor, she sang really, really good. We all agreed that the top three would be Mike Mohede, Jaclyn Victor and Philippine’s Mau Marcelo. Although we, as Indonesian, have a certain degree of animosity towards Malaysia (Malingsia? :P), we would still be happy should Jaclyn won the contest as she is a really good singer with amazing voice.

But life is unfair and Hady won the contest :P. So how did Hady Mirza managed to beat the better singers? Allow me to propose a few scenarios:

I have other theories, ehm.. I mean conspiracy-theories but I don’t think they worth mentioning here and considering you need to wear some sort of hat, a tinfoil one, before you can understand the theory (something to do with intercepting the SMSes and manipulate the content of SMSes).

So those are my theories (theory no. 3 is credit to my Flatmates). Which one do you think the most possible to happen? Or do you have your own theory?